Dr. William B. Armstrong joined the Department of Otolaryngology-Head and Neck Surgery at the University of California Irvine in July 1994 as an Assistant Clinical Professor. He completed a Bachelor of Arts degree in biochemistry at Pomona College in 1984, graduated from Medical School with honors from the University of Washington, School of Medicine (Seattle) in 1988 and completed his internship and residency in Otolaryngology-Head and Neck Surgery at the University of Southern California in 1993. He completed fellowship training in head and neck oncology and skull base surgery at Vanderbilt University under the preceptorship of James Netterville, M.D in 1994.

Dr. Armstrong’s primary clinical interests are in head and neck cancer surgery, thyroid and parathyroid surgery. Dr. Armstrong has a strong interest in minimally invasive procedures to treat head and neck tumors including endoscopic and robotic approaches to head and neck and thyroid tumors. Dr. Armstrong also is a member of the UCI skull base team, and the UCI Robotic Oncology Group. In addition, he is utilizing ultrasound in the outpatient setting and incorporating office based ultrasound into clinical practice and resident education.

Dr. Armstrong’s primary research interest is Head and Neck Cancer Chemoprevention and early detection of head and neck cancer. He is involved in NCI clinical trials for oral cancer prevention. Dr. Armstrong is also interested in noninvasive optical imaging of head and neck cancer and premalignancy. He is actively involved with the Optical Coherence Tomography Project at UC Irvine and Beckman Laser Institute.

Since 1999, Dr. Armstrong is happily married to his wife, and they have two children. Recreational interests include jogging, cooking, planting fruit trees and participating in activities with his two children. The most recent addition to the family is Max, our black lab puppy, who is keeping everyone more active. 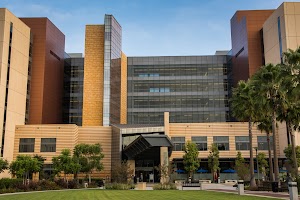 William Armstrong, MD
5.0
Based on 23 reviews
See all reviewsWrite a review
We had a good experience with Dr. Armstrong and his staff. They were caring and compassionate. Thank you!

JoAnn Renken
19:12 20 Jul 19
So originally I felt that my appointment was urgent and needed prompt attention. I felt it was such a long wait in between my making the appointment and actually having the appointment. It was really only a week but my anxieties were up and everything seemed slow. They worked to get all my paperwork/radiographs uploaded and reviewed quickly. Everyone has been so patient and kind. The staff is fantastic... I met with Dr Armstrong and he is thorough and gentle in his words and made me feel at ease.

Max Glass
02:02 20 Mar 19
Dr. Armstrong is a "top of class" physician who has looked after me for some time. He a professional who listens and communicates well. The ENT group's office staff is well trained and courteous.

David Perry
17:57 02 Mar 19
Very professional, Dr Armstrong and his staff made our visit comfortable. He made us feel at ease, explained everything thoroughly, they made sure we left our visit with all our questions answered. I highly recommend, the Dr. and staff make sure we don't feel alone! And it shows. We know my mom is in good hands.

mayra prado
17:14 18 Oct 18
Best Doc ever. Upfront, honest, can get the job done, Great bedside manner. So grateful to have him as my ENT Doc.

Mark Goldwater
17:29 03 Sep 18
Very thorough in their evaluation of my situation. Always friendly, super helpful and takes an interest in who I am outside of the doctor's office.